We see at least three reasons for Euro bulls to be concerned going into this week’s ECB:
1. Speculative positioning is the longest it’s been since May 2014 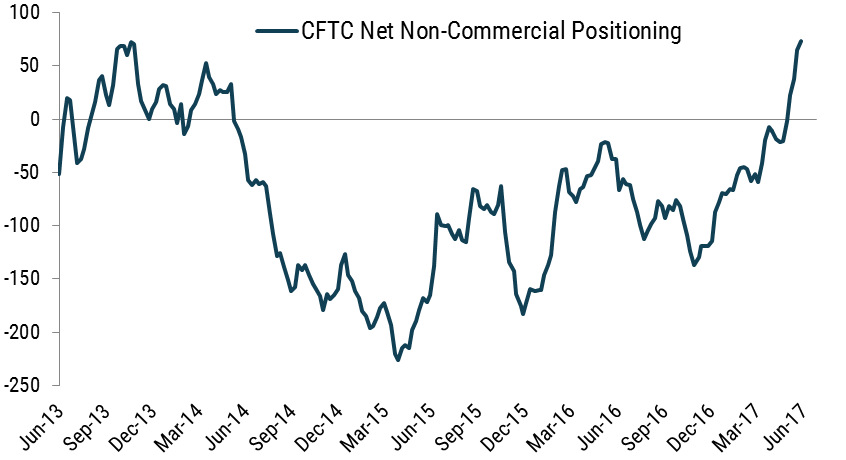 EUR/USD has rallied about 3% since the last ECB meeting. Although this was mainly driven by a reduction in political risks following the French election, it also coincides with market participants expecting a more hawkish ECB. For the reasons outlined below, we think that those looking for a hawkish shift in language this week will be disappointed.


2. Recent inflation readings have ticked lower since the April meeting 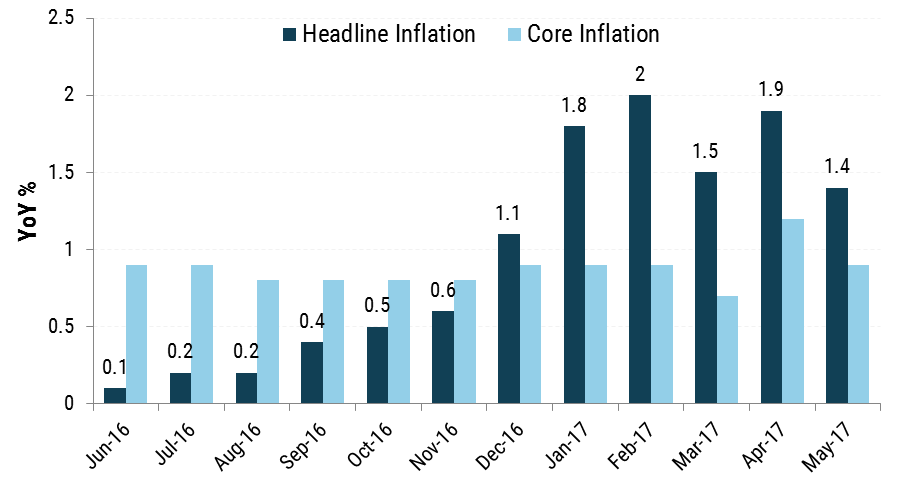 May’s headline inflation came in at 1.4%, the lowest reading of the year. Much of the recent gains in inflation have come from energy prices, but core inflation is still below the bank’s 2017 forecasts. These figures are not enough to change the balance of risks surrounding inflation. We would expect continued optimism about the growth outlook, but as Draghi reminded us during the last press conference, “easing biases are actually linked to inflation…the easing biases are meant to cope with tail risks concerning the inflation rate, not growth directly.”


3. ECB speaker sentiment remains tilted to the dovish side 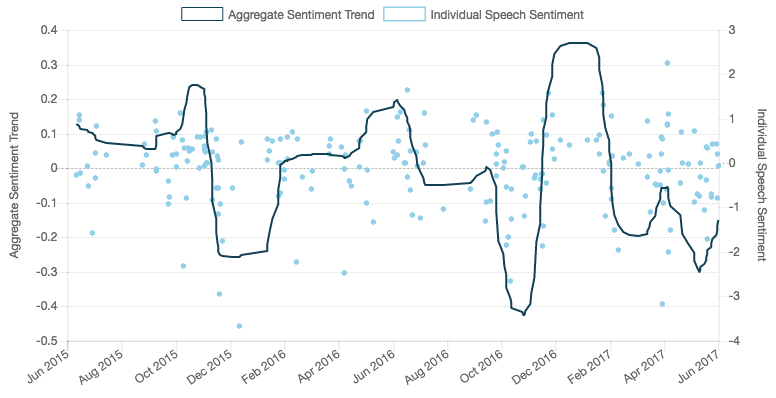 Aggregate speaker sentiment reached peak dovishness ahead of last December’s QE adjustment. After a brief hawkish trend to start 2017, ECB speakers have recently continued to lean on the dovish side. This does not signal any urgency on their part to alter forward guidance.
Disclosures: This material has been distributed solely for informational purposes and should not be considered as investment advice or a recommendation of any particular security, strategy or investment product. Information contained herein has been obtained from sources believed to be reliable, but not guaranteed as to its accuracy or completeness. The opinions expressed are subject to change without notice.
© 2016-2020 Hawkai Inc.